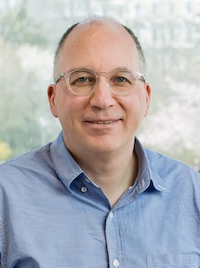 Lars Eggert is the Technical Director for Networking at NetApp and the current chair of the Internet Engineering Task Force (IETF).

Lars is an experienced technology leader with deep expertise in distributed systems, network architectures and protocol design, ranging from the Internet to datacenter to IoT/edge environments. He drives NetApp’s networking strategy through academic collaborations with top universities and open source collaborations.

Lars has been leading Internet standardization for two decades as a member of the IETF’s steering group and architecture board, and he currently chairs the IETF. In the past, he chaired the IETF’s research arm, the IRTF, and the IETF’s QUIC working group. He also serves on the program and organization committees of academic conferences such as ACM SIGCOMM and USENIX NSDI, as well as numerous other boards.

Lars received his Ph.D. in Computer Science from the University of Southern California (USC) in 2003. Before joining NetApp in 2011, he was a Principal Scientist at Nokia and served on the corporation’s CTO and CEO Technology Councils. In parallel, from 2009-2014, Lars was an Adjunct Professor at Aalto University. From 2003-2006, he was a senior researcher at NEC Labs.